WOW, I'm amazed/impressed with how it's all looking now as it's all coming together, I'm really pleased with these. Could you thank J-M for me on this one, I know Henry was a bit of a headache but he’s looks so good now, I'm really impressed how he handled it.

Great stuff! They look splendid. Many thanks!

Just wanted to send my thanks and gratitude for the work put in for our illustration, I really appreciate that it was quite a tight deadline and there was quite a lot to take on for Jean-Michel but really pleased with the final outcome. All the management were blown away by the final piece and really looking forward to the magazine coming back.

Both artworks look incredible!!! They are both so talented! Thank you very very much

Gary Hanna, what a talent!  My brief was demanding – to create a unique set of 3D dinosaurs that had to be anatomically correct, in just two months.  He rose to the challenge and worked very closely with our scientific consultant Dean R. Lomax to ensure that every aspect was precise. A delight to work with and I look forward to doing so again on the next set of books.

Gary has been a pleasure to work with. His attention to detail in capturing the scientific accuracy (as advised) has resulted in the creation of some incredible art works. To top this, Gary is a friendly and personable individual. He is truly a talented artist.

Peter is a pleasure to work with. His art is beautifully delicate and detailed with a personal touch that just brings projects to life. I cannot recommend him enough and cannot wait to work with him again.

Thanks for the latest cover, it's very popular in the office and our MD tweeted it as one of his all time favourites.

The Art Agency are great to work with. Jim is amazing! The project he completed for us received great acclaim both from our internal clients as well as from alumni. Jim produced fine artwork and was very accommodating with my edits. I look forward to working with Jim and the Art Agency again.

I appreciate that the initial character sketches from scratch will be difficult as it’s these that give life to Horrible Histories but Geri has recently sent though some frame sketches which I thought were excellent as they showed movement, composition and humour

Absolutely stunning! Love the additional floral elements, and the overall colour from fore to background. Fantastic!

I totally appreciate the time you've put into this and the Jungle piece, and I really, really will eat my hats, my daughter's and as many as I can find, if this doesn't knock the flipping socks off everyone at the Frankfurt Book Fair

Barry - just want to thank-you for your hard work. You have been a delight to work with (putting up with my huffing and puffing) and I really look forward to working with you again in the future

Although we constantly consider artists we only represent about 20 talented illustrators, carefully chosen for their professional excellence. These illustrators always bring something special to the projects they take on. Their work helps to guarantee success and sales.

We specialise in highly accurate and imaginative non-fiction, reference illustrations across a wide variety of subjects and age-groups. We also have several outstanding fiction artists full of charm and fun ideas.

Our experience ensures that your projects are planned, organized and delivered on time and to budget. We treat all projects with respect and discretion. We want you to become a life-long client of ours! 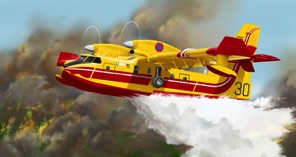